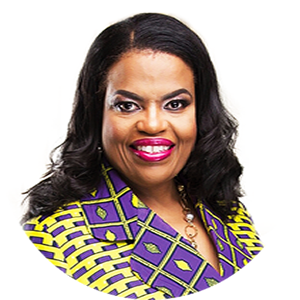 Rosa Whitaker, a passionate champion for creating enterprise  solutions to address poverty and promote prosperity across Africa, is recognized as one of the world’s leading experts on African trade and investment.  As one of the key architects of the US African Growth and Opportunity Act (AGOA) while serving as a senior staff member in the US House of Representatives, Rosa spearheaded a revolution in US-African economic relations.  AGOA continues to be the centerpiece of US-Africa economic policy and has contributed towards real and inclusive growth by creating billions of dollars in expanded trade in Africa and employment for millions of African people.

In 1997, Rosa was appointed by President William J. Clinton to serve as the first-ever Assistant US Trade Representative for Africa and continued in this position under President George W. Bush, thereby reflecting the bipartisan consensus Rosa helped build on US-Africa policy.

Rosa is currently President and CEO of The Whitaker Group (TWG), a leading transaction advisory and project development firm specializing in Africa, which she founded in 2003.  Since its inception, TWG has been the firm of choice for global brands investing and expanding market share in Africa in ways that achieve both commercial and human development dividends.   With offices in Washington, DC and Accra, Ghana,  TWG has helped to deliver several billion dollars in projects and investments across Africa, and now makes its own direct investments in African companies. Offering forward-thinking projects, such as the “We Build You Grow” infrastructure initiative, TWG is known for innovative and sustainable solutions that create economic prosperity while promoting social equity and environmental stewardship.

Rosa has received numerous honors, including being named one of Foreign Policy Magazine’s Top 100 Global Thinkers.  She is regularly quoted in the media on African trade issues and has lectured at several universities.  She currently serves as Vice Chair of the US Board of Invest Africa and is a member of the Bloomberg Breakaway Network.  Previously Rosa served on the board of the Center for International Private Enterprise (CIPE) and served as Vice Chair of the US-South Africa Business Council.

In 2018, Rosa accepted the position of President of Mercy Ships International (MSI).   Mercy Ships is a global faith-based charity operating the world’s largest private hospital ship bringing hope and healing to the poorest of the poor in Africa.  Since its inception in 1978, Mercy Ships has provided free services valued at more than $1.3 billion and treated nearly 3 million people with volunteers from more than 40 nations.  Largely, due to the generosity of so many philanthropists and caring people around the world, Mercy Ships will soon add another hospital ship to its program, which would enable the charity to reach more vulnerable people, potentially doubling its current capacity.

As President of Mercy Ships, Rosa assumes the mantle from the organization’s visionary founder, Donald K. Stephens, who now serves as President-Emeritus.  She previously served as Vice Chair of the MSI Executive Board. Noting that Africa carries 80{43d0d8a13ae35932da29ffaf38bea9fd159ef1b3d6197001115871529aed57fc} of the global disease burden, Rosa looks forward to using her deep Christian faith and vast experience to alleviate this burden and create a compassionate and lasting legacy for the next generation.

Rosa holds Master’s and Bachelor’s degrees from the American University in Washington, DC.  She is married to Nicholas Duncan-Williams, the Presiding Archbishop and General Overseer of Action Chapel International Ministries, headquartered in Ghana.