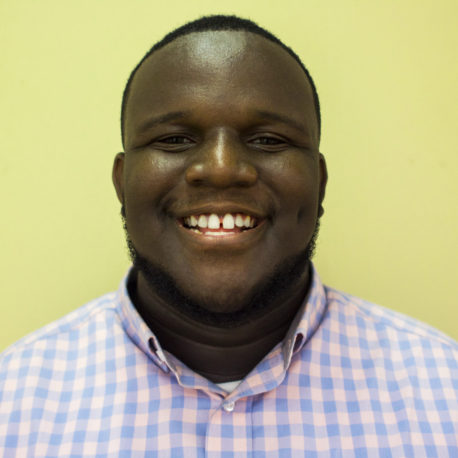 Eric Kwapong Jr. is a 21-year-old social entrepreneur based in Chicago, Illinois. He is currently a student at Wheaton College (Chicago, IL) pursuing a degree in Political Science but is spending a year studying at Ashesi University. He is the President of The Josiah Leadership Movement, a non-profit organization based on pursuing moral, ethical, and transformational leadership as a lifestyle. Under his leadership, the movement grew from himself to over 500 members in 10 different states.

During his time in the United States, Eric organized several youth empowerment nights where business leaders came to inspire young people. Eric is also a pioneer of events called service summits, leadership programs with a service project. His first service summit was in Gwinnett County, Georgia. He organized Project: Feed Gwinnett: a food drive partnering with local high schools to raise a collective 4,000 canned food items. They partnered with West Rock Packaging Company as well as the local food banks and non-profits in the area to distribute food. They were also featured in the Gwinnett Daily Post. Eric hosted the second service summit in Accra, Ghana with Project: Feed Agbogbloshie. A feeding program where delegates from various high schools and colleges packaged meals for 500 children, then listened to a Ghanaian entrepreneur. The program was themed “Leaders feeding Leaders”, a testament to Eric’s belief that leadership is what you do with your circumstance, not the circumstance you’re born to.

He is also the creator of Inspire: The Coming African Renaissance conference, a discussion on the role of young people in achieving the African Dream. This will take place in late February. He is an avid reader and served as President of The Freshman Class at Wheaton College. He has also completed internships in Georgia politics and for the Governor of Massachusetts.