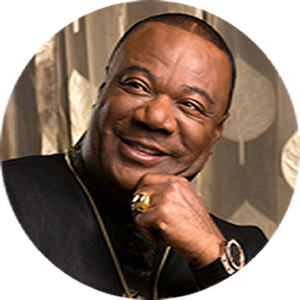 Archbishop Nicholas Duncan-Williams is the Presiding Archbishop and General Overseer of Christian Action Faith Ministries (CAFM), headquartered in Accra, Ghana. He is the founder and father of the Charismatic Movement in Ghana and other parts of West Africa. CAFM, one church in many locations, has over 300 affiliate and branch churches in North America, Europe, Africa, and the Middle East. As the visionary and president of NDW Holdings, the Archbishop is a sought after businessman, author, and mentor to Bishops and pastors around the world.

Known in many parts of the world as the Apostle of Strategic Prayer, Archbishop Duncan-Williams is also the Founder and President of Prayer Summit International (PSI). The Prayer Summit bring revivals to international cities through the power of corporate, intercessory and prophetic prayer.